John Reed Batchelor is a graduating student of the 2018 class. He has been homeschooled all his life and has gone to First Baptist on the Square for most of his life. John Reed plans on joining Impact 360 in the fall and continuing on to Georgia College in Milledgeville and will be getting a degree in business.

Mrs. Claire homeschooled both of her children and is sad to see the journey end, and thinks she has learned more than they have. “I don’t think I would know my son nearly as well if we had not homeschooled and had time to really talk. I think some of my favorite memories with John Reed have been reading to him when he was young as he played with Legos or jumped on the trampoline, or while we were outside at the docks.” Mrs. Claire says. 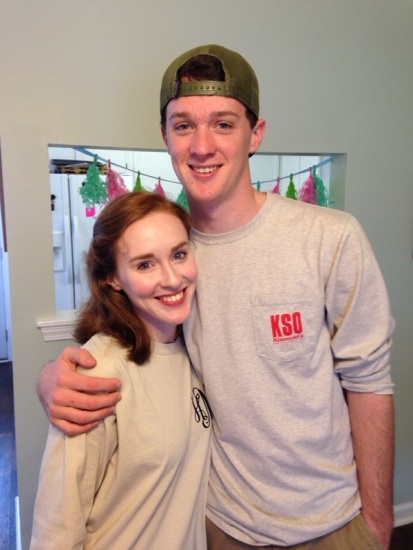 His older sister Haley Maycock also had some fond memories and words of wisdom; “One specific memory I have of John Reed is that one day we were sitting outside and just talking. I was in high school and had just started dating the man who is now my husband. I was really nervous about the whole situation because I had a lot of insecurities about my face and body at the time and just didn’t feel attractive enough to have a boyfriend. I probably said something like, ‘I don’t know why he is interested in me, and I’m really nervous about our date.’ John Reed stopped me immediately and said, ‘Haley, that’s so stupid. You know you’re like, really beautiful right?’ Hearing that from him meant so much….”

In the words of his sister, John Reed has the ability to talk to just about anyone without seeming shy or nervous or intimidated. Everyone who meets him likes him almost immediately because of his easy-going and humble nature. He has kept a strong walk with the Lord throughout his whole life and will always go to the bible for help with all life situations. John Reed has been a great roll-model and a great friend throughout the entire homeschool group. He is one of those people that, no matter how long it has been without talking, you can pick up right where you left off. We love you, John Reed, we are proud of you, and we will miss you!